10 Historical Hotels In The Philippines For A Unique Vintage Experience

While plenty of new and luxurious hotels opening here and there, it’s already difficult to keep up with the latest. It’s a good thing that a few old favorites that we can go back to-and by old, we mean old! These historical hotels in the Philippines have unique assets that make them stand out. After all, they wouldn’t be standing this long in the city, right? Break that monotonous routine and see why these accommodations are worth staying in. Check out this list of beloved hotels that exemplify the best trait of the Filipinos—their endearing hospitality.

Back then, Vigan was a thriving city built on trade among the indigenous Cordillerans and Asian neighbors including the Chinese. Later on, the Spanish dominated this part of city for centuries. A Chinese Mestizo couple built this beautiful home in 1758. This ancestral house was converted into a hotel in 2007 by a couple named Dr. Benito Purugganan, Jr. and Yolanda Guerrero. When it underwent renovation, a newly built wing was added for completion. The house still features all of the classic elements of the typical ancestral house upgraded with modern comforts.

Heading to Vigan? No need to break the bank with our budget-friendly Vigan destination guide!

Nestled between the provinces of Laguna and Quezon, Villa Escudero Plantations and Resort has attracted local and foreign tourists. Founded sometime in the 1880s, this place was once was originally sugarcane plantation before it was converted to a coconut plantation. Balikbayans will surely love this experience. Just for fun, try out bamboo rafting, carabao riding or have a mandatory lunch right at the waterfalls. History enthusiasts can raid their museum that is loaded with an artifact collection. Guests can learn more about the Philippine history in a live cultural show. It’s one of the historical hotels in the Philippines that have a lot of activities for you to do at your leisure.

Gliceria Marella was thrilled to have an entire house gifted to her by Eulalio Villavicencio. Haba ng hair mo, girl! Built in 1872, the iconic Taal Villavicencio Wedding Gift House was also referred to as Casa Regalo de Boda. It acted as a supplementary to an existing structure on the property, this romantic endeavour left no choice but to say yes. Leading up to the Philippine Independence on June 12, 1898, the place kept literary pieces, artworks, and other historical memorabilia. This leaves us asking where can we find a Eulalio Villavicencio in our lives.

Dominated by the red-bricked Spanish architecture, this hotel-slash-museum offers the best of Vigan. Its modern appeal is hinted through a large collection of killer paintings and impressive sculptures. Built in 1882 as a home and transformed to a hotel in 2014, history buffs will love to stay here indeed. Hotel Luna is only a stone’s throw away from Calle Crisologo, lined with Spanish heritage houses surrounded by cobblestone streets.

The oldest hotel in Baguio that embodies the city’s natural charm is located right on the most famous road in Baguio. Built in 1909, this hotel was once a dormitory to construction workers that assisted in what Baguio City is today. Now, its facilities are something to consider. Treat yourself to a massage at North Haven Spa or select a new book from Mt. Cloud Bookshop’ large collection. If you’re in the mood, catch an indie flick at Baguio Cinematheque. For some gourmet Asian-European grub, check out Hill Station that’s conveniently located underneath the hotel.

On July 4, 1912, Manila Hotel opened its regal doors to the doting public for the very first time. During the American occupation, General Douglas MacArthur made the penthouse his own home. Since then, The Grand Dame of Manila has accommodated many people, from the country’s socialites to international celebrities. Its outrageous chandeliers, distinct red carpet, and colonial architecture all bring out the Ol’ Manila charm. Go swimming at the pool, getting pampered at the Health Club, and eating anytime with their 24-hour room service. Book a room with a stunning view of Manila Bay or the greenery of Intramuros. This is one of the historical hotels in the Philippines that you must put on your bucket list as it is easily the most iconic!

There’s still a part of Manila that’s true to its roots with a contemporary spin. In this 34-room boutique hotel, each one promises to deliver an oddly familiar blend of tradition and modern. Built in the 1940s, this private estate was once occupied by expats. These refurbished houses could easily become the suburban set of Stepford Wives #TitasofManila version. On a lazy day, pick up on where you left off on your current book by the oasis-shaped pool. You wouldn’t mind taking a stroll in this property since you’re surrounded by one of the best garden landscapes ever done. Backed up with a killer menu from Apartment 1B Restaurant, there’s no to leave in search of food.

Because of its strategic location, this rocky island had eyes on incoming (enemy) ships. Corregidor took on a vital role, prepared it’s loaded guns, and took on a heavy beating in World War II. Fort Mills, back then, was one of the last islands to surrender to Japanese forces on May 6, 1942. Today, visitors from Manila (via ferry) can visit the historical museum, go ghost hunting at Malinta Tunnel, and so much more. If a day trip isn’t enough for Corregidor, why not check out one of the few existing accommodations? Though Corregidor Inn opened in 1991 to accommodate overnight guests, we can’t deny the fact that Corregidor is submerged in history. On this island, heroic soldiers, both Filipino and American, spent their dying breath saving this island from the enemies. This is one of the historical hotels in the Philippines that is truly an experience!

Las Casas Filipinas de Acuzar opened its gates to the public for the very first time in 2010. Time travel to this heritage park that boasts of 30 restored homes belonging to the Spanish colonial period. The oldest one, Casa Candaba, was built some time in 1780. Believe it or not, each one, some abandoned while others bought from respective owners, was gathered from different provinces. You’ll learn from the heritage tour that the tiniest detail has been made anew again, down to the last clay brick. Each Instagram-worthy area definitely screams for a photo op. You can even play dress up colonial style at one of the most unique historical hotels in the Philippines.

Opening its doors to the public last 2015, Palm Grass Hotel boasts that they are the only heritage hotel. The Cebuano history has stamped its presence in the names of suites, function rooms, and even food and drinks. Discover something new at their mini-library (Basahanan) or historical gallery Galeria Independencia. Active travelers will make use of their gym (Lapulapu Fitness and Wellness Gym) or their saltwater swimming pool (Hardin Dagami). Out of these historical hotels in the Philippines, we love the fact that this hotel adheres to sustainable green practices.

Visiting these historical hotels in the Philippines makes you proud of being a Filipino. Learning more about the country’s history and what our identity is is such a great and invaluable experience. We definitely had no idea that such rare and beautiful places existed in such modern times. Which of these hotels are you planning to visit first? 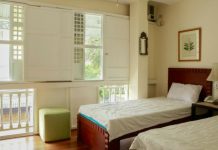 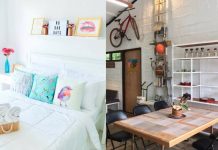 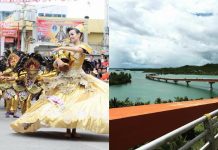 Destinations
Catch A Series Of Festivals In June With...
Tell me what you think
Awesome Stuff Brother Island In El Nido Lets You Enjoy The ... 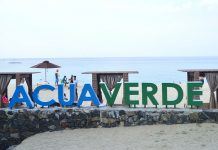