Home Food & Drinks 6 Local Craft Beers In Manila And Where To Find Them
Julz
April 3, 2017

6 Local Craft Beers In Manila And Where To Find Them

We know a brewski or two relieves the stress from daily work and can be the best pairing to a hotdog or burger. We also know you like your beer cold, straight from the tap or freezer. And it’s safe to say; we know a thing or two about local breweries and signature styled beer. So if you’re up for a night cap or a few rounds, here are six local craft beers in Manila and where to find them!

From Iligan City, Fat Pauly’s is a brewery that mixes imported malt with local ingredients like Timoga Spring water and wild pukyutan honey. They name their beers after Sting songs such as the Desert Rose. This ale happens to be their best-seller due to its balance of strong lager and floral flavors.

But if you want something more honest, try the Iligan Single Hop Origin Pale Ale, which is crisp and freshening. Both, however, are deceptively strong. You can find them at Global Beer Exchange or Barley Gastropub in Scout Esguerra.

From Quezon City, Katipunan Craft started with their Indio Pale Ale. The Indio is an amber-colored, fruity ale with a hint of spices. Having been one of the very first breweries to branch out in Manila, you can find many of their lagers around town.

Big Bad Wolf is home to some of the best craft beers in Manila but notably, Yardstick Coffee is one now too! They’ve partnered up with Katipunan Craft on the “Dear Fred”, a combination of cold coffee and pale ale.

From Manila, the local company of Craftpoint is one that has its branding down. Its brewery creates blends in three custom lagers: the Summer Passion, the Forbidden Fruit and the Liberation. Try all three if you want to go from a mix of passion fruit, to sour-y peach rose, and then to a good old American/Belgian pale ale.

Each beer is unique and bold in its own way making it a set of the best craft beers in Manila! You can find them at Hungry Hound and Smoky Bastard.

From Makati, Pivo Praha has not only their own microbrewery but also their own restaurant, and sports bar! Bravo Best Foods serves Italian cuisine along with their Czech-style beer. Their Pivo Praha dark lager is what they’re known for, which is 100% pure malt, caramel-flavored, and combines boldness with smoothness.

Check out the Bravo’s Sports Bar and get your fresh home-brewed beer on tap!

From Manila, Joe’s Brew prides itself in being 100% Filipino craft beer and made from all-natural ingredients. Just like Craftpoint, they are a title of the trinity ale as well! That being the Fish Rider Pale Ale, Sierra Madre Wheat Ale, and Soothsayer Ale. All of these are made full-bodied and very bitter, just right for the meat lovers!

You can find a bottle of Joe’s in many places around the metro, like Backyard Kitchen and Brew or the popular The Perfect Pint. Recently, they’ve grown their own home in Poblacion! The Fish Rider Pale Ale seems to be the number one choice of craft beers in Manila.

And last on our list, from Ermita Manila is the G-Point. Just like Bravo’s Sports Bar with Pivo, G-Point Smorgasbord and Bar carries the rich and dark lager that is rightly entitled, “Black Bitch”. Notably, their own version of a Scottish Stout/Porter Ale. They don’t joke about their beer.

Another must-try is the intense British Pirate IPA, which can be found at Hooch in Salcedo Village, along with their Black Bitch.

We leave you with a little advisory to always drink moderately! Have fun taste-testing these craft beers in Manila. Shoot us any suggestions by tagging Philihappy on Instagram! Cheers!

Lists
Beat The Rain With These 10 Authentic Bo... 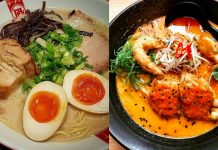 Lists
No More Lonely Nights With 11 Of The Bes... 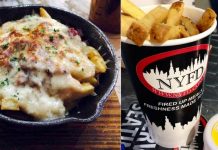 Lists
The Best French Fries in Manila For Ever...
Tell me what you think
Awesome Stuff 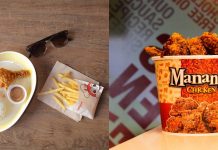 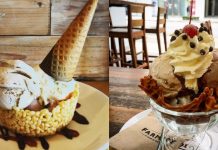