Everyone is taking their physical health very seriously—and we definitely support them all the way. But, if you are like most of us here at Philihappy and cannot let go of all things sweet and fatty (ugh lechon), the only way to go is burn up those extra calories. Have a fun time sweating it out at Extreme Aeropark Cebu!

Simple desk exercises are often not enough and while going to the gym can be a great habit, they can get eventually boring, too. Thank goodness for trampoline parks sprouting all over the place. There’s Trampoline Park Manila but for those from Cebu, you can also join the fun at Extreme Aeropark!

So, what’s in store for everyone at this happy place?

If you are a fan of Barney Stinson and How I Met Your Mother, laser tag is probably already a familiar game for you. In case you have no idea what this is all about, it’s basically shooting each other using laser guns instead of pellet ones that can really hurt a lot.

It’s definitely a fun way to sweat it out with the entire barkada!

If you’re looking for more physically challenging activities at Extreme Aeropark Cebu, particularly ones that will result in sore muscles the next day, try out the trampoline park instead.

Dodgeball on a flat, plain ground is so underrated. Why not make it a little more challenging by bouncing your way around while you try to dodge a moving ball? If you’re up for pushing yourself to the limits, you can also try out the parkour wall. (I know it sounds scary but at least you won’t be finding yourself against concrete in case you fall down.)

I’m not quite sure how the battle beams work out in a crowd but one thing is for sure: there’s a lot of space to jump around as the places feature 1,700 square meters of interconnected trampolines.

One of the things that my friends loved about Extreme Aeropark Cebu is that it comes with a slamball court. This is perfect for reenacting those wicked dunks from your favorite NBA superstars that you’ve been fantasizing about for a long time.

I love wall climbing but I suck at it because of my lack of upper body strength. I tried my hand at it but my legs were already shaking from all the jumping. The thought of having no harness strapped around me scared me. Hey, before you freak out though, there is a huge foam pit right below the wall so you can safely fall if your legs and hands feel tired.

Also, getting up and out from the foam pit is a lot of work. If you are looking for a full body workout, I suggest you get yourself into the middle of the foam pit right away.

Soccer is a tough sport what with all the running involved. However, you can always use a futsal court and don yourself in inflatable balls. Boom. You have yourself an even more exciting game!

Bubble soccer at Extreme Aeropark Cebu was a lot of fun to watch but it can also be an extremely physical sport especially when the men are involved. It’s basically soccer but with less physical contact and more bouncing from each other!

If you are a huge fan of Ninja Warriors like I am, you have probably fantasized going through all those tough obstacles as successfully as the actual contestants. But, I tell you, it isn’t easy at all. Extreme Aeropark’s Ninja Arena has six different obstacles that involve a lot of jumping, climbing and holding on for dear life.

I tried the horizontal ladder and I fell twice into the foam pit before I was finally able to reach about 80 percent of the obstacle. I fell down once again and finally gave up. My excessive fats were weighing me down but it was definitely a fun way to exercise without really meaning to. My bruises also became my battle scars.

And, after all those sweat-out moments, head to their snack bar which offers various Filipino and Cebuano delicacies (puto, pichi-pichi, linusak, and more) and thirst quenchers. It’s all about balance, right? 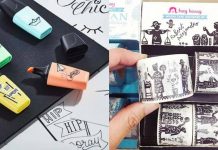 Shopping
Where To Buy Stationery Products For The... 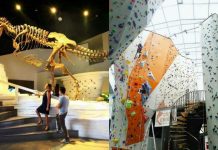 Activities
10 Things To Do In Manila On Rainy Days ... 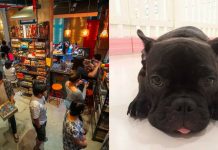 Activities
6 Things To Do In Cebu On Rainy Days To ...
Tell me what you think
Awesome Stuff
Food & Drinks
June 18, 2017
Some Of The Best Fried Chicken In Manila... 7 Unique Things To Do On Valentine’s Da... 6 Bike Trails In Manila For An Off-Road Adven...