Where else do broken hearts go aside from Baguio and Sagada? Sakaling Hindi Makarating (SHM), the Second Best Picture in the CineFilipino 2016 Film Festival, brings you five solo travel destinations to fill the void.

SHM is about Cielo (played by Alessandra de Rossi) who was devastated when her boyfriend of 11 years canceled their wedding two months before it. Then, a series of hand-illustrated postcards were delivered to her. Thinking that her ex-boyfriend may have sent the postcards, she took a journey across the Philippines in search of the anonymous writer.

Check out Cielo’s travel and discover what to do and where to go in these places.

The first location is Zamboanga, where Cielo saw the colorful vintas racing during the Regatta de Zamboanga. It was here that she let go of her smartphone in exchange for an ordinary phone.

Have a gastronomic adventure of Tausug cuisines at Babu Hana’s Restaurant.

Experience the wonder of Merloquet Falls.

Be amazed with the pink sand beach of Sta. Cruz Island.

Have a city tour.

Siquijor is where Cielo learned how to ride a motorcycle to tour the mystic island. She was alone, but this led her to engage more with the people who live here.

Get thrilled with cliff diving at Salagdoong Beach.

Have a sweet treat at Lilibeth’s Pan Bisaya.

Feel the mystery of the old enchanted Balete tree.

While Cielo was still in the process of moving on, she met Manuel (played by JC Santos). They shared an intimate relationship, which unfortunately, did not last long.

Cielo was on her fourth stop but still at loss. While resting on a pristine beach, she contemplated and had deep thoughts.

Have a thrilling ride in Paoay’s sand dunes.

Complete your Ilocos trip by seeing the Bangui windmills.

Cielo has finally found closure. It’s been a long and hard journey, but it was all worth it. And the person behind all the postcards was revealed.

Stay in an old Ivatan house.

Head to the rolling hills.

Whether you are brokenhearted, feeling empty, or bitten by the travel bug, don’t be afraid to travel alone. Go to places you’ve never been. Run away if you have to. Traveling solo doesn’t mean being alone. You will meet a lot of people along the way who will help you realize how beautiful life is. And in the end, it will heal all the wounds your heart has suffered.

Sakaling Hindi Makarating is directed by Ice Idanan. Know more about the film on Facebook and Instagram. Travel
Catch The Incredible Milky Way In The Ph... 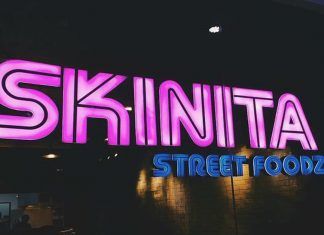 Restaurants
March 5, 2016
Stick to your Favorites at Skinita Stree... Things To Do In Pampanga Besides Eating All T...