Home Travel Destinations This Tribes And Treks Tour In Zambales Is A Different Kind Of Adventure
Amanda Lago
December 19, 2016

Our usual Zambales agenda involves a beach blanket, a good playlist, tanning oil, several bottles of beer, and an urge to surf that we almost always ignore. But on one November weekend, it was time to try something different: the Tribes and Treks tour in Zambales.

It was then that we found ourselves with none of our usual Zambales accoutrements. We replaced the beach blanket with a rain jacket and the beer with water. We were, after all, trekking along with a bunch of other young people all the way to the Yangil village in the ancestral domain of the Zambales Aeta community. Accompanying us on the trek were several locals, among them, Chieftain Erese, the tribe’s leader.

The trek was the first activity on the agenda of the Tribes and Treks tour in Zambales. The tour is run by MAD (Make A Difference) Travel, a social tourism initiative. They run the tour in partnership with surfer favorite, Circle Hostel. Contrary to what we expected, the trek was fairly easy, all level paths and mostly solid surfaces. What made the trek even more special was the scenery along the way. Lahar-covered plains stretched out before us until they met the mountains. The mountains, despite being semi-bald, still elicited a considerable amount of sighs and squeals from our tour group. We knew we were nearing Yangil when we saw two little girls who ended up leading us to the village. Along the way, they picked red flowers from the plants we passed.

“It’s Roselle,” Raf Dionisio, MAD Travel founder told the group. He turned to the children and asked if the flowers are edible. The girls responded with an amused smile, one shade away from sardonic laughter. In Yangil, everyone knows their flora and fauna. With their blessing, we all took a piece of the flower. If the trek hadn’t woken us up at that point, the flower’s strong sour flavor sure did.

As we walked through the village, the locals greeted us with eager, unassuming smiles. At that point, it was still early in the morning, no later than 10 a.m. Still, the energy and buzz in the village made it feel like it was already midday.

In the village, we were able to hang out with the locals and get to know the Aeta community. We even got to try a hand at archery – though some fared better than others. 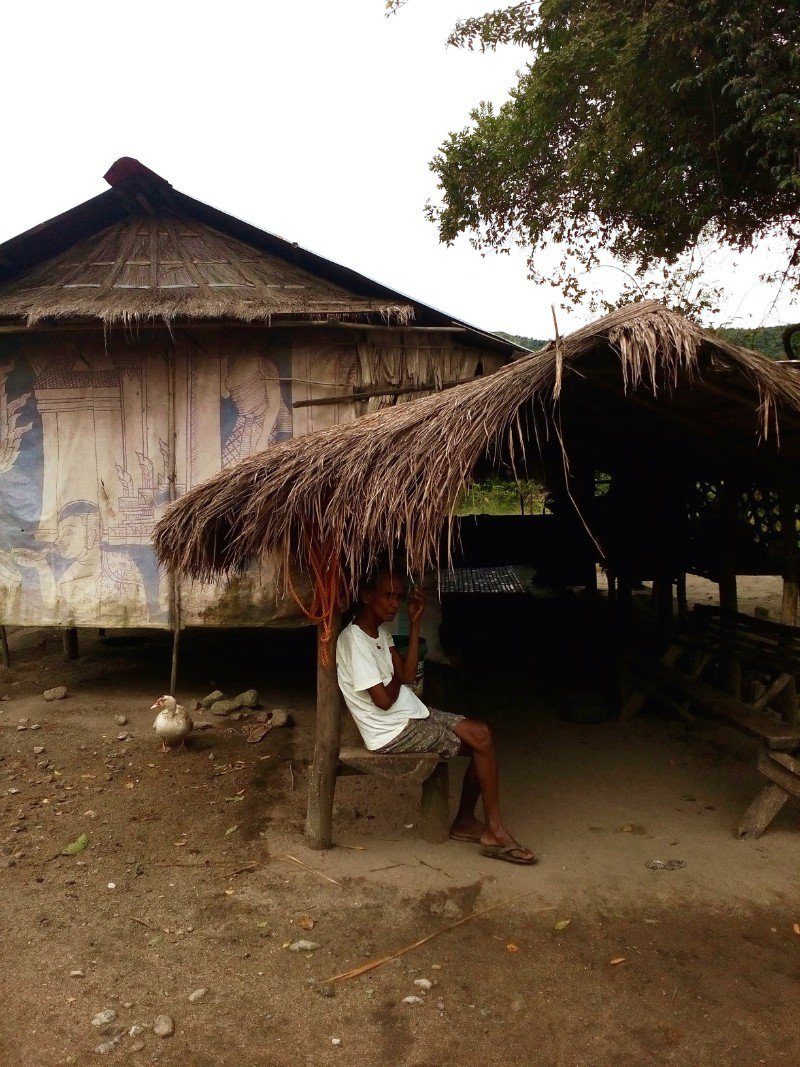 At some point, Chieftain Erese took us on a tour around their village, telling us all about how they live off the land. He even taught us about certain plants and their culinary and medicinal uses. In Yangil, it’s not about how rich you are but how rich the land is.

After the village tour, we sat down for a sumptuous lunch prepared by the locals. With tinola, adobo, and fish on the table, it was a veritable feast. As we digested, the locals performed dances. Just when everyone was getting comfortable, they started pulling people up from the crowd to join in. In no time at all, there was a proper dance party in Yangil.

This went on for a while. We also had a chance to play with the local kids and talk to the elders, but soon enough, it was time to go.

Next on our agenda? Tree planting. If the point of this Tribes and Treks tour in Zambales was to give everyone a chance to make a difference to the Aeta community, this was the part where that was meant to happen.

See, restoring the rainforest cover in their ancestral domain is crucial to the survival of the tribe, dependent as they are on their natural resources. At the moment, the deforestation of their mountains has caused their rivers to dry up, affecting irrigation of their fields so that they are unable to yield crops.

MAD Travel’s mission with this Tribes and Treks tour in Zambales is to bring the Aetas’ rainforest back to life. And they’re doing it one batch of seedlings at a time. It’s a long and ambitious goal, but they seemed determined to get there.

One would think that planting tree seedlings into the soil would be tiring, but as soon as we found our groove, the whole process became rather therapeutic. By the end of it all (with about 600 seedlings planted by our entire group), the prospect of seeing those baby trees growing into a proper forest was more than rewarding. After the Tribes and Treks tour in Zambales

It was a much longer trek back to the jump-off point after that. Although, a carabao pulling a cart joined us on the trek, ready to take anyone on who was too tired to walk.

With mud-caked feet, empty stomachs, and dry throats, dinner at the chieftain’s house felt like a giant hug. After eating our fill and being on the receiving end of more warm smiles from the chieftain’s family, it was time to call it a day.

And so off we went, back to the Circle Hostel where we were billeted for the night. There, we downed several bottles of beer. The taste of the beer was all too familiar, but drinking it after a tiring, fulfilling Tribes and Treks tour in Zambales made all the difference. 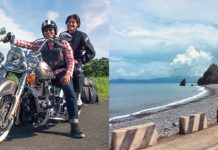 Destinations
Try These Motorcycle Road Trips From Man...
Tell me what you think
Awesome Stuff 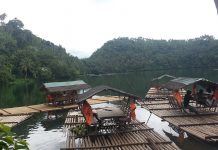 52-Hour Road Trip Around Laguna Lake In One W...
5 Solo Travel Destinations to Heal Your Broke...