Pokémon Go Philippines Is Here And People Can’t Handle It

Last July, the Pokemon fever took the world by storm with the launch of Pokémon Go, a free-to-play, location-based augmented reality game available on iOS and Android. However, when Pokémon Go first rolled out, the Philippines was not among the countries included in its initial launch. Many Pokémon fans in the Philippines were disappointed at first and tried whatever they could just to get the app. A month later after its launch, this Pokémon Go Philippines finally arrived on our shores.

As we celebrate the arrival of Pokémon Go, Filipino tweeps, as per their usual fashion, had a lot of witty things to say about this momentous occasion. We might have snickered out loud a few times.

Just like you and me, they are just as happy and excited about Pokémon Go’s arrival.

#PokemonGo is finally here in the Philippines to stay!! ????#PokemonStay ???

POKEMON GO IS FINALLY AVAILABLE IN THE PHILIPPINES FICKKCHEJSJJDJID pic.twitter.com/b7AVSRnNUU

Could Pokémon Go be the fitness app that we need?

#PokemonGO went live today in the Philippines? *grabs phone, downloads the app and goes outside* pic.twitter.com/irrxGeTBsw

(Admit it, you also downloaded a pedometer or a fitness app to track your steps while playing Pokémon Go outside)

Apparently, Pokémon Go is not for every smartphone.

Pokemon Go hack: wait for a pokemon near a cutie to have a valid reason to point your camera that way ??

A word of advice from MMDA:

The Pinsir pun game is strong.

If you catch Pinsir keep him somewhere safe and call it Pinsir Case.

No one is immune to the Pokémon fever. Just ask James Reid.

Which Pokémon have you caught today? Do you know any places to find and train them? Share with us some tips, too! 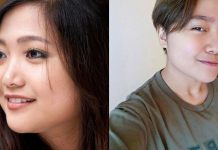 10 Of The Greatest Moments Of Jake Zyrus Form... 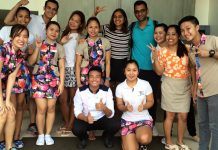