Upcoming Movies To Watch In September 2016

The year 2016 has been studded with groundbreaking and much-awaited movies that got us lining up for tickets week after week. With just a few months left of the year, the movie industry is not about to break that streak of putting up great movies, like the ones from last month. Here are some of the movies to watch in September 2016 that will definitely have us running to the movie house ASAP.

If there’s one thing thrill-seeking movie buffs will never get tired of, it’s zombie movies. Great thing about Train to Busan is that it’s a Korean take on a zombie movie, so we can all expect a different take of a zombified land. I’m sure you’re as thrilled as we are for the opening day.

READ: 8 Korean Thriller Movies To Watch If You Loved Train To Busan

If fictional monsters like zombies don’t get to you, maybe a real-life killer will get you all thrilled. In this movie, friends invade the home of a rich man only to get more than they bargained for. Don’t Breathe has had many thriller audiences waiting on the edge of their seats for its opening for months and it is finally one of the movies to watch in September 2016! We can’t breathe in excitement!

Taking a break from all the thrillers and darkness, September also offers a heartwarming fantasy and adventure movie from no less than Disney. Pete’s Dragon features a boy who survived being stuck in the woods for six years because of the help of a dragon who eventually became his closest friend. Knowing Disney and the way they can spin things to become tearjerkers, this one should be a must-watch not just for kids but even for adults.

Here’s a drama true-to-life story of a pilot who saved the lives of his passengers from a close call aircraft accident. This movie tells us of the story of Chesley Sullenberger—what happened in that aircraft and what happened after he saved the lives of more than 150 souls. This is sure to be heartwrenching and should knock right out in our hearts. Plus, it’s one of the most anticipated movies to watch in September 2016.

Here’s a Filipino movie to refresh our palate! This love story is set in Barcelona and stars no less than Daniel Padilla and Kathryn Bernardo. Telling from the trailer, this movie is going to be painstaking yet truly touching. It’s also exciting to see Daniel and Kathryn take on more mature roles with heavier love dilemmas past the teeny standards they were known for.

Bridget Jones is back and it’s sure to be equally fresh and nostalgic. Leave it to Renee Zellweger, Patrick Dempsey, and Colin Firth to make you feel like it’s early 2000s again but also leaving you freshly ecstatic with the new crazy Bridget Jones is about to bring.

Danielle Radcliffe will always be Harry Potter to us. But this incredible actor can’t forever be just that considering his brilliant talent in writing. This is why this action movie which was inspired by real events is a great stepping stone to see Danielle Radcliffe in a more mature, more intense light. He plays an FBI agent who employs undercover tactics to take down a white supremacy terrorist group.

A break from all the seriousness, here’s a comedy movie that’s going to shake grounds and get you laughing till you get that painful stomach. Two brothers are in need of wedding dates for their sister’s wedding. The dates of their dreams don’t turn out as expected. Out of all the movies to watch in September 2016, we’re excited to watch this one. The cast is smashing and our expectations are up high.

Aaaaand we’re back! Back to horror and literally back to an old movie.
Blair Witch is a sequel to the phenomenal ’90s movie Blair Witch Project. If you were horrified by the first movie, we only wish you like for this sequel. Time to hold on tight to our seats, this is going to be hellish!

Of course, there are many more movies to watch in September 2016, but these are our top picks. Do you have more to add? Get your wallets ready and let’s get on a movie ride these coming months. Tell us how it goes! 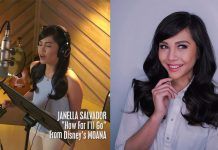 8 Things We Love About Janella Salvador